Beauty is more than Flesh... 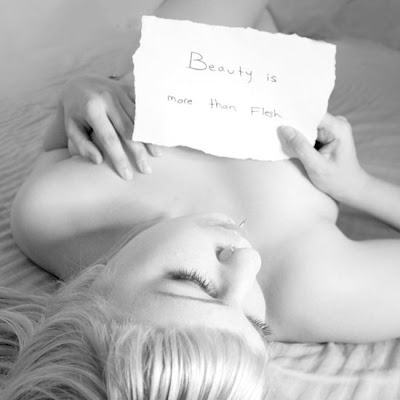 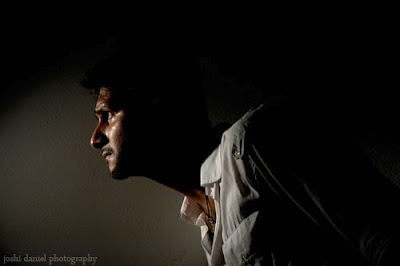 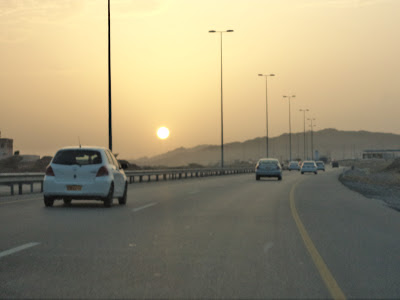 The Sultanate of Oman, popularly known as Oman, can be termed as the most peaceful country of Asia Continent. While visiting the interior towns, I observed that Air Condition is the compulsory utility installed in every household; everyone cannot afford the same in India. This make me think that Oman has the perfect (least) difference between poor and rich.  Sultanate of Oman is a perfect example of absolute monarchy, wherein The Sultan of Oman exercises ultimate authority but its parliament has some legislative and oversight powers. I was fortunate enough to get a chance discussing politics, policy making, government and other topics with an intellectual friend.

Oman is a rich country with Per Capita Income of $14,100, that's the reason it makes a favorite destination of people looking for employment from countries like India, Pakistan, Philippians and Sri Lanka.

Here I go with my hands on experience which you can keep in mind while visiting Oman:

1. DO NOT exchange currency in India, you would have to pay almost 20% extra exchange rate along with tax. I exchanged Omanis Riyals for Rs.171+tax in India; however the same Riyal costed me Rs.135 in Oman without and tax.
2. Use Buses, though Bus service is not very frequent, but taxi will empty your pocket soon.
3. DO NOT hunt for wine shops as there is none, Alcohol is available only in few hotels. Better you live on mock tails.
4. Do go for Scuba Diving, it's available in Muscat and the good news is that it's affordable.
5. While talking to local citizen, even if he’s your friend, never raise your voice. Omanis are very kind and they make a great host if you be friendly to them.
6. Do not stare any woman; you may find yourself into trouble.
7. Do not forget to take a leaf of local rules and regulation from the airport. You are expected to follow those during your visit.
8. Make a good friend, your trip will be awesome; since a local citizen can actually tell you which place to visit and which not. I did the same :)
9. Have a budget for shopping as well. You will find lots of things cheaper than India, due to lesser tax.

My short and crisp trip was an official assignment, wherein I had to train one of the Government Organization employees on IT Service Management Concepts. While in the class, I observed that Omanis are not only Royal but also humble enough to respect each other. I found it to be the best place to observe Muslim Culture and Islam practices. Omanis pray five times in a day and they literally follow this rigorous schedule. In Oman I found the true meaning of this quote - "Religion is the root cause of most of the problems in the world, and strangely it's a solution too". As people are very religious, the crime rate in Oman is close to zero. People do not even lock their shops while going for Namaz during day time.

My friend Sultan, who took me around the city, told me the actual meaning of Islam as a religion. He quoted that if one lives in peace, promotes peace, does not harm anyone and keep the purest thinking, is MUSLIM. There's no need to read books or go through any religious ceremony, by following these few rules you are Muslim. I appreciated his thought process about Islam and was amazed by the way he was explaining flyspecks of the religion. He also mentioned that the people who were involved in bomb blasts, killing etc. are not Muslim at all, since Islam does not accept such practices. Apart from this Sultan also spoke about the old relationship between India and Oman. He quoted that both the countries suffered from the rule of British, and British partitioned both the countries before leaving for their Homes.

While coming back I had to wait at the airport, where I spotted a woman with cowboy hat and black boots. She was sitting in the smoking zone and observing people so keenly that it made me observe her eyes for more than 15 minutes. The way she was observing the people and small things around her, it seemed as if she was an author. I had no courage to ask her name but she could not stop me to narrate a poem on her. And here is something I wrote ~

With a cowboy hat
Cigarette in one hand,
Black long boot
you look like tomato fruit,
looking here and there
nobody dares
to ask your name,
hey hey hey
where are you going
let me follow you,
I am confused
what shall I do,
pushing all the strength
from whole body
to mouth,
here I came
with a short poem
it will sound a little lame
What's your name!!! 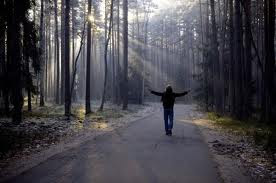 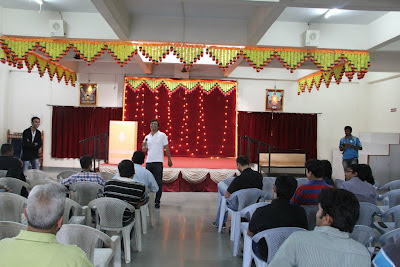 When the like mind people
get a chance to meet
there's a guarantee for
the meeting being sweet,
On the same line
we had organized
Pune Indiblogger meet,
on a Satuday afternoon
We met over a feast.

Initiative was taken by Captain,
then everybody
followed the action,
The best thing was that
there was no schema,
everybody participated
as if everyone was prima.

We started with Introduction
First captain speaks,
Sai followed and
spoke about her wisdom tree,
We heard Hari
Talking about indian history.

Than we heard the sound 'vaah vaah'
On Diwakar'sGazal,
After that comes
Psychology master Mr.Sandeep Gautam,
Than comes the versatile blogger
Sriram, indeed made
an interesting speech,
Amit came and told us
How he has become a PHP freak.

Prasant explained
about the importance of
Social Media,
Mr Karve, as he spoke
For me he was a
motivation encyclopaedia.

Saurabh discussed about
what his blog saays,
Than came Aniruddha
he spoke about his techbiz,
Trupti gained audience applause
by saying there's no good
in being a whizz,

Vineet from Indiblogger
was supposed to be chief guest
though he was less of chief
and more of a guest.

We never realized
how time passed and
meet came to an end,
we tasted most auspicious drink
I call it bloggers' blend. 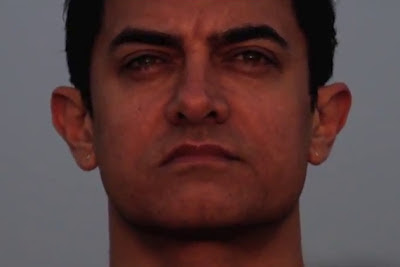 Whenever Amir Khan comes up with something, we always expect something different. After the exaggerated marketing and campaign for several months, people did have lots of expectations from this Talk Show. Yes...it's a talk show about representing some of the gravest problems of India. Even I felt moist in my eyes today while listening to victims.

Satyameva Jayate's first episode was focused on discussing the problem of Female Infanticide. In the beginning of the show Amir helped audience understand the history of this problem, how it was started and promoted by Indian Government during 1970 as an attempt to control population. Later, technology like Ultrasound proved to be a gold mine for private nursing homes to make this service available at a price. Till the government realized the consequences, it was a famous practice to detect the gender and was already promoting Female Infanticide.

The dire consequences of this practice is already visible in cities like Alwar and Bhilwara with a figure of approximately 15000-20000 girls exported (yes..they are exported) from other parts of India for marital purpose. These girls are further sold and as a result, their societal status goes down exponentially which can cause a fatal imbalance in the society.

Satyameva Jayate not only shows you the negative side of the society, but also capture the postive forces which are working towards eradicating such practices. They not only brought the victims on the TV, but also brought the stories of people who are working for a cause.

So will Satyameva Jayate provide the solutions!!!!!

Amir Khan himself quoted "Through this show we understand the problem of the people, we are not here to make a change. I am no one to change anything. I don't think I am in the position to. I feel understanding a problem and feeling it or holding one's hand or hugging is also important. I may not have the solution, but at least I can hear and understand,"

Will it actually make a difference!!!

Satyameva Jayate, like all other reality shows, capitalize on human emotions; however I think it does make a difference. TV is a social media which reaches a lot of people who needs to be educated. The entire show is telecasted in Hindi language, which makes it easy for audience to connect. Overall, I personally recommend this show to everyone. It's a show for masses.

Do you want to leave a note promising that you would not involve yourself in such practice, and also stop others from doing it????