Innovation is back...Welcome to the blogging world.... 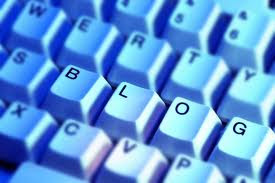 I was going through different blogs one day when I observed that everyone uses a title to define one's blog. I found these titles so attractive that I decided to arrange them and give it a form of poem with a meaning. Thanks to all the bloggers, who have made it possible for me to come up with such piece.
Note:
Each line will take you to the blog from where it is picked. Please email me @ hemantarora44@gmail.com if any one of you have an objection for me picking up the line from your blog, so that I shall remove the same.
Thanks Again.....
With love,
Hemant
Posted by Hemant at 7:14 PM 22 comments: 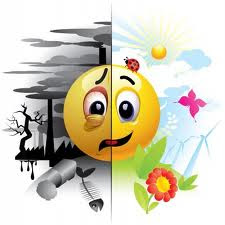 My friend came to me crying that he is single and he feels alone....etc..etc.

"Being single sucks,But the feeling of being a free bird (I am not being so blunt to call it a khulla saand) compensates for the same"


@Readers: Would love to have your take on this :)

Writing for a cause - Jan Lokpal Bill

Thank you so much for your love and I am obliged to have all of you as regular readers on this blog. This is your blog and you can always drop your suggestions at my email address "hemantarora44@gmail.com" and I promise (Not the Govt brand promise) to reply within 4 days. 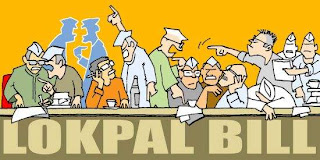 I wish if I could go ahead and sit with Anna for fasting, if my company would have given me few leaves. You got it...we are mango people and it's practically difficult for us to be on ground zero with Anna. This is my attempt to dedicate a post to this social cause and spread awareness about why Govt version of Lokpal Bill is not something which can help us curb the corruption.

A lot has been said and done about the Jan Lokpal bill which has been proposed eight times in the Parliament till now. We have never heard of this bill until Shri Anna Hazare raised his voice in support of a strong Jan Lokpal Bill.

This is my attempt to make people (at least those who visit this blog) read about Govt version and civil society version of Lokpal Bill for their knowledge. There had been so many chain emails on Internet and we must accept the fact that most of the chain emails are not from the authenticated resources. Here are some extracts from various authenticated resources which can help you to understand why we should have a strong Jan Lokpal Bill.

What is Jan Lokpal:
The basic idea of the Lokpal is borrowed from the office of the ombudsman in other countries. It provides for filing complaints of corruption against the prime minister , other ministers and members of parliament with the ombudsman. Anyone, except for a public servant , can file a complaint and the Lokpal has to complete the inquiry within six months.

Myth # 2: Govt may go ahead and appoint corrupt people to run Lokpal!!!

Reality: That won't be possible because its members will be selected by judges, citizens and constitutional authorities and not by politicians, through a completely transparent and participatory process.

Why to support Jan Lokpall Bill and Anna Hazare!!!

1. Cases against corrupt people will not linger on for years anymore: Investigations in any case will have to be completed in one year. Trial should be completed in next one year so that the corrupt politician, officer or judge is sent to jail within two years.

2. The loss that a corrupt person caused to the government will be recovered at the time of conviction.

3. If any work of any citizen is not done in prescribed time in any government office, Lokpal will impose financial penalty on guilty officers, which will be given as compensation to the complainant.

4. It will be the duty of the Lokpal to provide protection to those who are being victimized for raising their voice against corruption.

Anna Hazare's Jan Lokpal: A seven member bench of Lokpal will givepermission after an open hearing.

Government's Draft: If a MP votes or puts up a question in parliament in return for a bribe, then he/she could be investigated by a committee of other MPs as is the present system.
(In the past 62 years, many instances of MP's taking bribe have surfaced but not even a single instance has been honestly investigated nor any MP sent to jail.)

Anna Hazare's Jan Lokpal: The investigation would be done by an independent Lokpal.

Government's Draft: If the PM is involved in corruption, then CBIwould investigate, not the Lokpal. (CBI directly comes under PM. How will CBIinvestigate its own boss?)

Anna Hazare's Jan Lokpal: a.Selection Committee would comprise of two politicians, four judges and head of two independent constitutional authorities.
b. The Search Committee would comprise of civil society members and retired constitutional authorities.
c. A detailed selection process has been described, which would be transparent and have people's participation

Government's Draft: The members of Lokpal would be accountable to the government. Only government can file a petition in theSupreme Court for their removal.

Anna Hazare's Jan Lokpal: The accountability of the Lokpal members would beto the public. Any citizen can file a petition in the Supreme Court for removal of a corrupt Lokpal member.

Government's Draft: The CVC is responsible of protecting thewhistleblowers. However, the CVC neither has the capacity nor the legal powers required to protect whistleblowers.

Anna Hazare's Jan Lokpal: It should be Lokpal's responsibility to protect the whistleblowers. The Lokpal has been given sufficient powers for the same.

Anna Hazare's Jan Lokpal: The maximum sentence is life imprisonment.Officers senior in rank would attract stiffer punishment.
Click on below links for the full draft and summary of Jan Lokpal Bill.

Note: These are the facts from authenticated resources and does not represent support to any political party. This post is not motivated by any political deliberation and it is to help people understand meaning of Jan Lokpal Bill and support the fight against corruption.


Read more at: http://www.ndtv.com/article/india/what-is-the-jan-lokpal-bill-why-its-important-96600&cp
Posted by Hemant at 9:49 PM 12 comments:

The concept of Free World 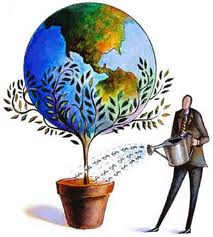 Thanks to Sowmya for motivating me to write a post on this topic Free(With reference to independence day). I had been googling the whole day to prepare a background with no success. And finally I took a decision to write about the concept of a "Free World"........

Everyone seems to be talking about a free Nation, free State and free City etc. I have this imagination (you can also term it as my fantasy) of a "Free World", wherein an Indian can be a neighbor of a Pakistani national in a street of New Delhi. Did you just notice that I made a mistake in the last line!!! There's no Indian, Pakistani or Australian National and people will belong to only one nation called "World".

What if the whole world starts executing "Free Trade". If it would have been so, there would be no poor country. There would not be any comparison because everyone will be using the same currency. One will have access to what one wants. The world will become small and beautiful.

But the question is: "Are we ready to accept such world"!!!!

I know the concept of a "Free World" is a myth which is possible only in an ideal mature society. And then we have to look at what Gautama Buddha said: "When society(people) matures, there would be no need for the society (restrictions, boundaries and rules)."

Gautam Buddha said this in 555 BCE and after so many centuries, we are still far away from that ideal stage of mature society. The literacy rate is increasing day by day but did we ask a question if we are educated enough to reach that stage!!!!!!

Well, now if you have finished reading....do drop your thoughts on this before you click on 'cross' mark on right hand top corner of your computer screen.

Note: These are my personal thoughts and do not represent any body or organization by any chance. Enjoy reading and drop your views.
With love,
Hemant

Email ThisBlogThis!Share to TwitterShare to FacebookShare to Pinterest
Labels: Articles, Life is a Controversy, Social

When someone dedicates a pic to your blog...it must be posted with honour.... 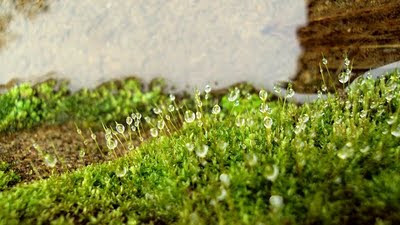 One of my friends, who likes taking random shots, dedicated this pic for this blog....she says that it matches my Blog's URL...
Thank You Smita...
Posted by Hemant at 2:01 PM 12 comments: 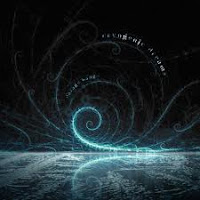 
English version (Please do not read if you understand Hindi)
Who has seen sun in the dark foam clouds!!
Has anyone seen silence making the loudest noise ever!!
Who felt the coolness of the sun's heat!!!
No one has been able to spot the sorrows behind this smile!!

Has anyone seen sun borrowing light from moon!!
And the mouse was spotted roaring in front of lion!!
No one has seen train flying in the air!!
And we tasted the tastiest paan* on Shoppers Stop joint!!

Has any one seen fishes flying in the air!!
And elephant started staying under the water!!
Have you ever thought that u visit office only on holidays!!
And spend all other days at home enjoying yourself!!

When all the teachers were appearing for the exam!!
Students acted as proctor to prevent the teachers from cheating!!
The watch stayed where it was!!
and all the animals declared their own city!!

These are the things of the mind, the mind to try that!
It reaches where no one could ever reach!!
It itself does not know, as if it is mirage!!!
It has introduced the impossible with possible!!!
**Paan: Betel leaf with areca nut and slaked lime paste (famous in Indian/Pakistani and Southeast Asian tradition)
Also wanted to convey my "Thank You" to Sowmya for motivating me to translate this post in English so that everyone can get the feel....
Posted by Hemant at 8:54 AM 10 comments: 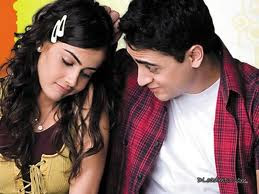 Email ThisBlogThis!Share to TwitterShare to FacebookShare to Pinterest
Labels: Hindi Nagme, I Love You, Poems 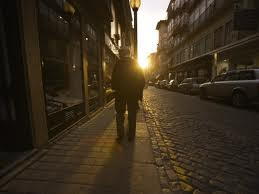 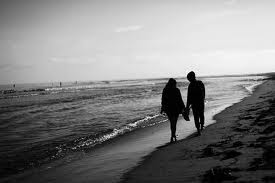 All those days when
We laughed and giggled,
That walk on marine drive,
together we jiggled,

You waited for me,
outside the classes,
That night in the Lounge,
we cheered with glasses,
The full moon night,
the thoughts were bright,
That walk on the lonely road,
with the beautiful sight,
I dropped you home,
before you gone,
We kissed,
the feeling being bliss,
we were so close,
i could feel your sigh,
And then you left,
you said good bye,
I could still feel your smell,
and your piluses on my eyes...
And then came the day,
We both tied the knot,
The most beautiful day,
of both ours' life,
you were looking amazing,
just like sunshine,
How can I forget,
our first night,
You shied first time,
Two hearts were jocund and sublime,
And then that rain,
ignited our flames,
we were on a rollercoaster,
else everything became lame,
I wish if everything,
could remain as it was,
There was no reason for God,
to break into our quad,
With tears in my eyes,
I still go to marine drive,
Missing each moment,
seeking the answer of all the whys'..

All those days when
We laughed and giggled,
That walk on marine drive,
together we jiggled.....