The experience of a different world

I don't know whether it was drug, wine with Mashuai, or sex, it was 11:30 am when I looked at the pendulum clock hanging on the right wall of this bedroom. One minute, Do I know this place? Though it is small but it had the royal traditional touch to it. It seemed to be a small guest room of a big palace.

Before I could say anything, Sultan entered and addressed me with his natural soft voice, "Hemant!! How has been your sleep today? Take a shower, my mom has prepared some special breakfast for you". It felt nice to hear a familiar sound and voice in this unknown place. Before I could ask anything, Sultan closed the door and went away.

I was confused but happy to find Sultan here. Within minutes I was on the dining table. No girl came out, I saw only auntiji serving bread butter with chicken sausage.

I didn't want to ask Sultan about my whereabouts during last night in front of his mom, hence I had to keep mum during breakfast. After breakfast Sultan himself invited me on a drive around the place. We both came out. It was so hot outside, though their home was almost as cool as Pune during winters. After coming out, I looked at Sultan's home. It was almost a small palace. I still kept my curiosity on hold and waited for Sultan to come out of his garage with his Toyota Camry.

Finally I started, “Dude! I remember having loads of alcohol last night, I also remember my intimate moments with that German lady in her bedroom. But it’s difficult to recognize these strange roads here. It seems to be a very less populated place surrounded by desert like plains.” “Chill!!” Sultan replied and added further, “You were drunk and unconscious last night. You called me from hotel, I came and picked you up. I had no option but to take you home”.

I was least bothered about getting into details of last night. While we drove I saw a mountain range on one side of the road and a range of wadis with a good number of lush palm trees on the other side. Now the car was crossing an area with small market. It was a close aircraft hangar type structure, with ACs exposing from the walls. Sultan halted the car and we decided to take a look. Gush!!! It was a pottery market with beautifully crafted handmade items, from toys to pieces worth being a souvenir from this strange place. It was such a peaceful market, with shopkeepers sitting patiently and customers buying without any bargaining. A completely new, rather strange experience for me. I also observed women shopkeepers with their traditional dresses in the Muslim men-dominated society. It was definitely not Dubai.

“Sultan! How come you guys have ACs everywhere? At my place it’s a utility for rich people”, I asked with puzzled reaction. “Long story man!! Hold your patience. Your question will be answered”, he immediately replied with his natural chilling attitude. I was almost getting frustrated by his responses now. I bought few things for family and friends and Sultan happily paid the money, knowing that I didn’t have the specific currency of the village.

We came out and planned to have lunch at one of the coffee shop. Since both of us had good breakfast, we thought of going light. We ordered few kababs with Kahwa [traditional Omani Coffee]. 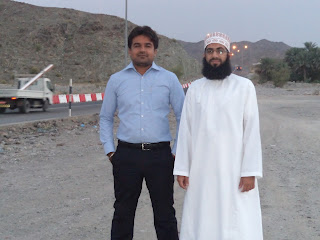 It was indeed cool when we got into our car, Sultan intentionally left the car engine on so that it remained cool.

“Which place is this Sultan? You seem to be very familiar with this place. How far is the city?”, I asked. “This is the gate to Al-Dakhiliyah Region of Oman. We are located right in the middle of Al-Dakhiliyah Muscat”, Sultan responded with wisdom in his eyes and further added, “I drove you here last night, its 52 km away from the Main City of Muscat. Fanja is known as one of the famous farming towns of Oman Sultanate”. As we drove ahead, Sultan asked me politely if he could take a break at nearby Masjid for Asr [afternoon prayer], and I simply nodded my head. He requested me not to go far while roaming around the place, with strict instructions to not look at any woman. 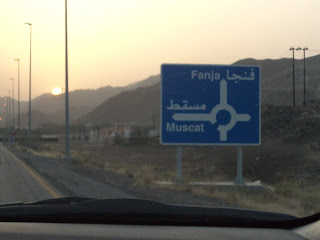 While Sultan prayed, I roamed around and found an interesting structure. It was a very old building with three levels; however there was no staircase to go to the next level. It was creating a feeling of nostalgia, as if it was constructed during the time of British rule. It seemed to be a post which must have been used to keep an eye on rebels.

Sultan picked me up from the place and my guess was verified by his wisdom words. It was indeed a Post or a Tower for keeping an eye during British Rule on Middle East. 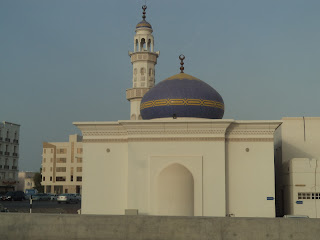 This was the second time he was performing prayer during that day. I felt a curiosity to ask him why he prayed so many times. I hesitantly asked the same question and it seemed as he was also as curious to answer as I was to listen to, he explained, “As per Quran, we Muslims pray five times a day. Fajr early in the morning, followed by Zuhr in Noon, Asr in the afternoon, Magrib after the sun-set, and Isha in late evening or at night. We must wudu [purify or wash] ourselves and recite these prayers facing Ka’bah in Mecca. Don’t you also recite prayers?”


His answer certainly increased my knowledge and made me wear a thinking cap, and I responded after a pause, “Yes, I do pray but I do it whenever I feel to do so. Though I belong to Hindu Religion; my faith is almost like an atheist.” He certainly respected my thoughts and further added, “Hemant, do you believe in peace?” I responded positively. He quickly reacted, “Then you are Muslim.”

He started pouring further wisdom after realizing that he had made a confusing statement, “if one lives in peace, promotes peace, does not harm anyone and keep the purest thinking, he is a MUSLIM. There's no need to read books or go through any religious ceremony, by following these few rules you are Muslim. The people who are involved in bomb blasts, killing etc. are not Muslim at all, since Islam does not allow such practices.” I appreciated his thinking about Islam and was amazed by the way he was explaining flyspecks of the religion.

As we drove ahead, we crossed the bridge, where I could see three young shepherds heading their flocks. 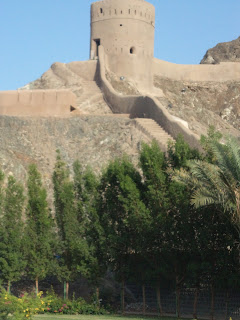 It was evening, as I rightly guessed, Sultan asked for another break for completing Magrib. Since it was a deserted area, he planned to perform the prayer at the roadside. And my impatient heart made my steps towards one of the building in a complete deserted area. As I moved along, I found something mysterious about the old building which was shining in the last red rays of sunset. Something was pulling me towards the building. I walked fast, faster and then I spotted someone moving towards the same building with a bag on his back. He was walking faster and didn’t hear when I greeted him from behind saying ‘As-Salamu-Alaykum’.

It was almost dark and I was right in front of that building. By this time, that man was swallowed by the dark and I decided to enter the building. As I entered, someone pulled me from behind and screamed, “Are you mad Hemant? I understand your curiosity as this is a new place, but don’t you dare roam around in my absence going forward.” It was Sultan. Suddenly, the soft voice had became harsh. None of us spoke for two minutes and Sultan broke the ice while asking me to see something while he switched on his mobile torch, “It’s illusion. See there’s nothing behind this wall. It looks like a building from a distance but there is actually a deep valley across the wall. I want to have some water now”.

Gush! if I would have taken two more steps, It might have been the last day of my life. I understood Sultan’s frustration, apologized, and thanked him for saving my life. Before I could ask about that mysterious man, Sultan added, “This place is known for paranormal activities. Some people say that many rebels were thrown into this valley during British rule. Forget whatever you have seen and let’s go home.”

As we drove along, I saw Sultan greeting everyone on the way. On asking him, he explained that this is the tradition in Oman to greet everyone you see when you come to a new village/place even if you don't know one.
Posted by Hemant at 11:39 PM 3 comments:

Email ThisBlogThis!Share to TwitterShare to FacebookShare to Pinterest
Labels: Articles 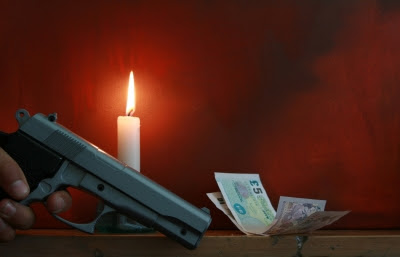 Motherless I was,
Had never seen my father;
Illegitimate, I was called,
A life, no one seems to bother;

Toys, Housey, Cartoon were aliens to me,
my childhood would wander for a meal;
Hatred was the only emotion,
Adulthood triggered sex, crimes, fearlessness & money;

The first murder, made me feel guilty,
Second was relatively easy;
Killed twenty three people on a row,
Blood, in my thoughts, in my dreams, on my hands,
I felt as if I was on a path to set myself free;

Guilt died, Ego was born,
Loved when people begged;
My favorite music, when people mourn,
The top criminal, an award I truly pegged;

I silently observe,
The death of my soul;
The dawn,
I still await.