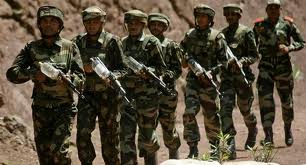 Latest development during last two months highlighted army related issues, which made me think about the capabilities of Indian Armed Forces. Army Chief had been in news for over a six months now, and it is not stopping as of now. You have a new news or revelation from Army Chief quite frequently . Few burning questions in my mind?

1. Does it indicate that there is definitely something within the armed forces and MOD?
2. Is it just a frustration of an almost honest institution against bureaucrats?
3. Are reports published by various newspapers/channels actually depicting the true picture?
4. Is it a 'diversion of focus' strategy from the more important issues?
5. Are we safe enough?
6. Was this(bribe offer to army chief) happening before as well?
7. Did Czech firm Tatra sell substandard products — and then try to make payoffs to ensure it    could keep doing so?


What comes to your mind when you first went through below headlines in newspapers in recent past two months or so.
Few critical extracts which is important for people of India to know:

~ Defence minister A K Antony almost said so in the Rajya Sabha: "Publishing the contents of secret communications within the government cannot serve our national security." ~

~ Tatra Sipox UK was, according to documents with CNN-IBN, a London-based trading company and not the original manufacturer. Procuring from Tatra Spiox broke one of the cardinal rules of defence procurement – that all procurement should be sourced directly from the manufacturer, not a third party. Curiously, Tatra Sipox’s balance sheets of those years show it had a working capital of just 30,000 pounds. And the firm was registered as providing “spiritual, religious and social services.” ~

~ The Army Chief, General V.K. Singh, has alleged that an equipment lobbyist offered him a bribe of Rs.14 Crore, which he reported to Union Defense Minister A.K. Antony. ~

~ Many blame the Army chief for the leak, suggesting that this is his latest attempt to embarrass the Defence Ministry. ~

~ Former Army chief Shankar Roy Chowdhury said that the government has been alerted repeatedly to the exigent need to upgrade the Army's resources. "This is not a new thing...it is occupying media space because of the leaks," ~

~ The former Army Chief, Shankar Roy Chowdhury, said here on Monday that attention should not be restricted to the Army alone. “Other quarters,” including the Ministry of Defense, should also be examined. In early 2010, the Army reported it was short of 3,90,000 ballistic helmets, 30,000 third-generation night vision devices, 1,80,000 lightweight bullet-proof jackets, 15,000 general purpose machine guns and 1,100 anti-materiel rifles. ~

1. Is MOD actually/intentionally involved in paralyzing Indian Army?
2. Why most of the retired Big guns of Army revealing the procurement procedure of MOD now?
3. Indian Army, with approximately 1 Million strength had acquired just $420 Million of equipment since 2007, compared with $6.16 Billion by the navy, and $17.46 Billion by the airforce. Cost Guard had made the purchase worth $616 Million. What could be the possible reasons and consequences of such failure?

1. Army tanks in the country have run out of ammunition.
2. The need to bridge the shortcomings and bring the army to fighting level.
3. Army Chief has called 97% of the air defence obsolete in the letter.
4. Elite special forces are woefully short of weapons.

And here's the key question which may be a remote possibility, and it can also be termed as the most unconventional question/thought expressed in the entire debate till now.

Is it a strategy of Govt Of India, to showcase a poor picture intentionally to disable it's enemies in estimating of Indian Military power?

You must remember that wrong estimations always trigger wrong decisions.........

Sources: ndtv.com, thehindu.com, timesofindia.com, ibnlive.com
Posted by Hemant at 11:53 AM